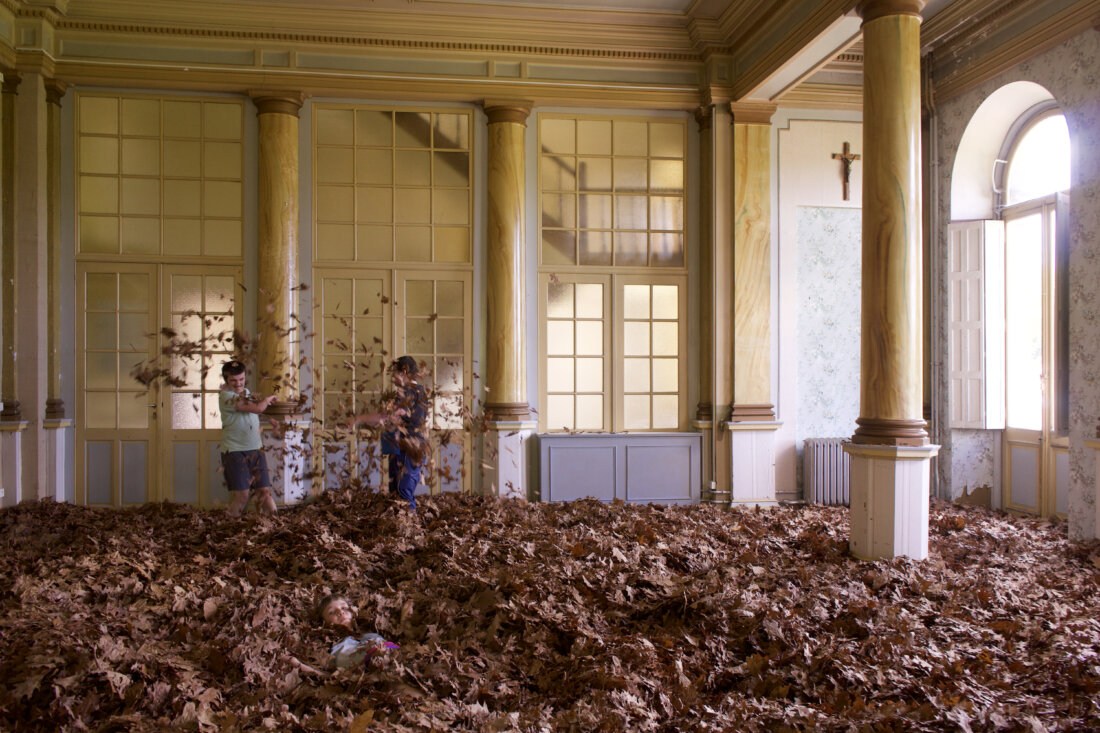 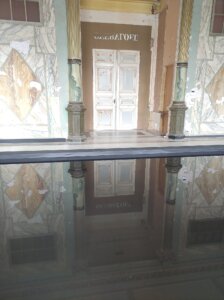 Anne ten Ham creates moments in which reality no longer sticks to its own rules. She allows light, water and wind to breathe life into her installations. The central hall of De Lovie castle, a man

sion designed to impress the visitor, also illustrates the huge gap between the opulence of the aristocracy and the poverty of the commoners. In this exuberant space, Anne ten Ham positions a water basin. The reflection on the water’s surface distorts the hall, but also shows the word OVERVLOED (‘Abundance’). On the one hand, the installation offers a literal reflection. On the other, it also invites visitors to a deeper, more figurative reflection.

As a remote corner of Belgium, the Westhoek has a lot of vacant properties. Consequently, a lot of villages seem sleepy or even deserted, as if they’re in the autumn of their existence. This inspired Anne ten Ham to make ‘September’, an installation in one of the rooms of De Lovie castle. Together with residents of a care home on the same domain, she collected a pile of fallen leaves, which she dried and scattered throughout the building. ‘September’ is a mix between a social project and an on-site magical installation, but it reveals itself above all as a sensory journey of exploration.

Watou was first mentioned in 1123. The settlement was then called ‘Wathewa’, meaning ‘swampy meadow’. However, intensive farming methods have increasingly depleted this fertile soil. For years now, the area has been dealing with a falling water table. Anne ten Ham’s installation ‘Wathewa’ picks this up. By focusing on water’s specific qualities, such as reflection, transparency and flooding, the artist manages to establish a link with the Westhoek’s own regional context. She demonstrates how something as seemingly insignificant as a falling drop of water can have a gigantic effect. 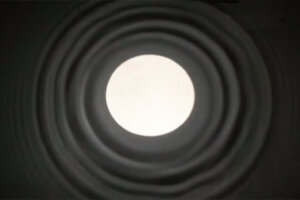