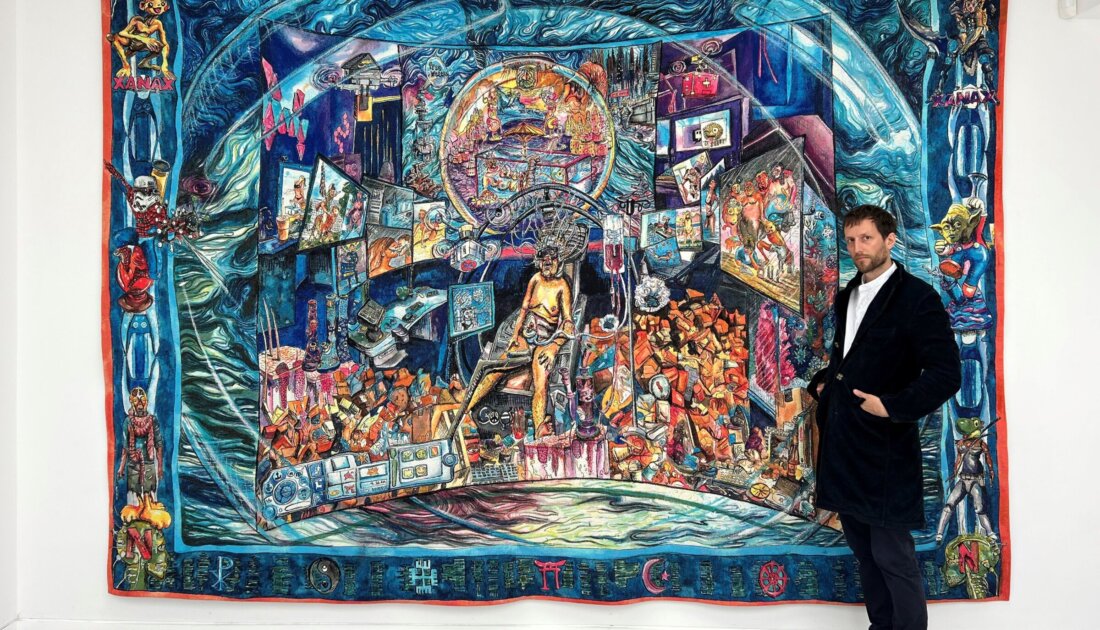 ‘Sloth’ is part of a series of dramatic tapestries depicting a dystopian vision of the future. Inspired by the seven deadly sins of Christianity, they instead talk about the ‘Seven Deadly Apps’ that currently dominate Internet culture. ‘Sloth’ (slowness) is about Netflix.

Hudson first creates highly detailed watercolors and then has them “transformed” into woven tapestries. This work shows the inertia that has taken possession of an obese incel man, locked in a glass ball floating on a toxic ocean. He never gets out of his chair, is surrounded by computer screens, smokes weed and swallows Xanax. Due to lack of sun, his skin has an unhealthy color. He needs a blood transfusion and an ostomy bag, while drones come flying in with his medications. Junk food waste is all around him. He follows social influencers and plays online video games all day with his so-called ‘friends’.