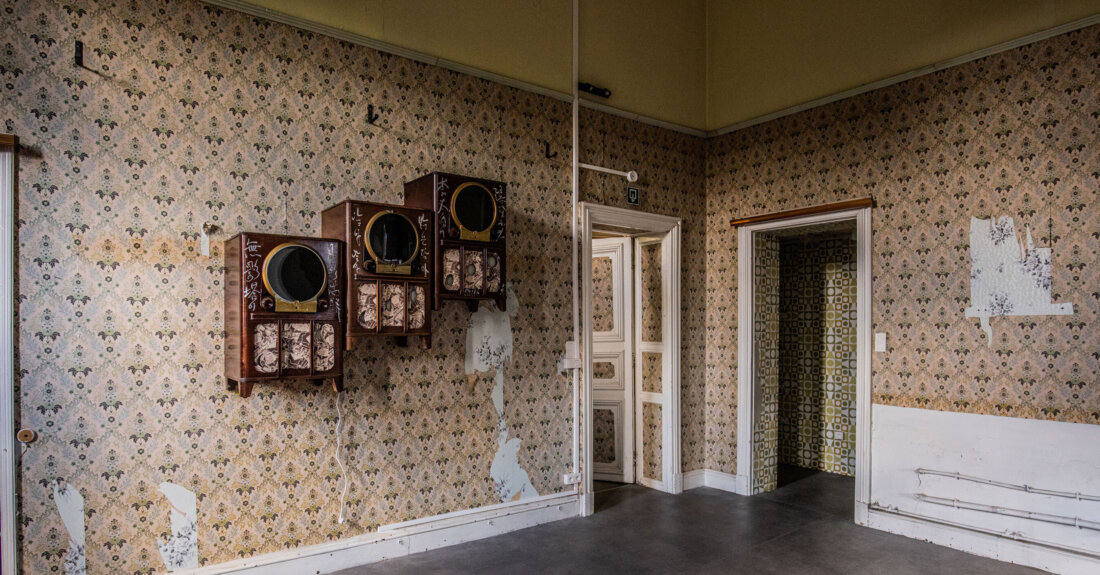 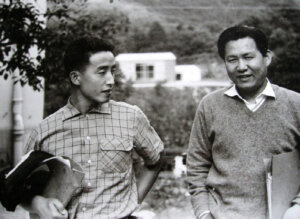 During the 1960s Paik began participating in the Fluxus art movement and formed a close collaboration with other avant-garde artists, choreographers, poets musicians, in particular John Cage. He developed a passion for combining a hybrid mix of audio, visual, and electronic elements and was fascinated by the notion of the robot, constructing numerous sculptural robot figures which incorporated vintage TV’s. He worked with a variety of media and is widely considered to be the ‘father’ of video art. In 1974 Paik also coined the term “electronic superhighway” predicting a future in which technology would allow for boundary-less global communication between people anticipating the Internet.

South Korean artist Nam June Paik is considered the founder of video art. ‘No Gravity Space’ consists of three vintage television sets showing videos of psychedelic, colorful dream images. And also the different phases of the moon, from the crescent to the full moon: waxing and waning. On the TV cabinet is written in Chinese characters the name of Li Yin, an acclaimed Chinese poet. The Chinese concept of yin and yang is also present. It shows how opposing forces can nevertheless be interconnected. The viewer is invited to think about both the depth and the length of time, about the fleeting and the eternal.